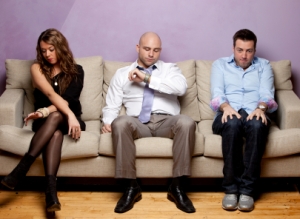 For some of us, the anticipation of what is to come in 2012 is like waiting for test results at a clinic after spring break. It is one of many dates set prior in history predicting a plague or the “return of Christ during The Rapture” or a catastrophic disaster that will wipe out our existence. It is actually around 224 times throughout history that this “end date” has been forecast by one group or another.

Columbus had the first European association of the Maya with eschatology [study of the end of times], predicting that his discovery of new lands would bring about an Apocalypse in 1524 with the second Great Flood. Then of course, it’s one of the translations of Mayan writings that an Armageddon would overtake human kind and annihilate our present universe that’s most talked about these days. It is 12-21-2012 that is the final day of a 5,125 year cycle in the Mesoamerican Long 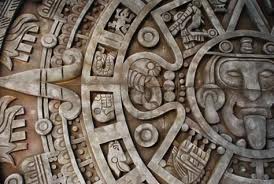 Count Calendar. According to NASA solar flares will touch down on Earth as some say we may also collide with some object as a black hole or passing asteroid. Although astronomical alignments and numerological formulae cosign this theory, mainstream science is not acknowledging it.

What the hell does Plant Based Body or my passion for nutrient density have to do with the ideas around 2012? Well, it is the New Age theory that is ringing true to me in my new found journey as a chef of showing people how to facilitate bringing nutrient dense foods into their life. It says this end date in 2012 is really a new beginning; “Suspicion toward mainstream Western culture, the idea of spiritual evolution, and the possibility of leading the world into the New Age by individual example or by a group’s joined consciousness.”

Hmm… Could this idea of a spiritual evolution start with a plant based diet” Well, let’s see…

• Impacts the environment –in a positive way, believe that? According to Environmental Defense, if every American skipped one meal of chicken per week and substituted vegetarian foods instead, the carbon dioxide savings would be the same as taking more than half a million cars off U.S. roads.

• Prevents and reverses disease- all of the top diseases taking lives everyday are directly related to diet and exercise, studies have been done to prove that plant based diets reverse diseases such as cancer The China Study

• Slims the worlds growing obesity epidemic- this crisis is crippling our nation’s workforce and shortening our kid’s lifespan. We are developing new diseases at a rapid rate because of the man made substances like refined sugar and hydrogenated oil that we put into our bodies. (my synopsis of The Weight of the Nation.)

I realize that the way the world eats may not have a decreasing effect on some more serious worldly issues like human trafficking or wars in the Middle East. The foods we choose to eat only affect us right? What would happen if the majority of society refused to purchase any products with toxins that would harm them and their kids? What if they started putting their money into buying only foods that benefited them the most? Is this shift in our thinking part of this “joined consciousness”? 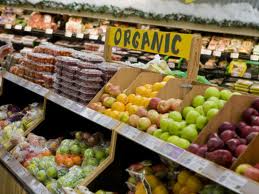 The cereal aisle in grocery stores would be gone! Now an abundance of whole grains, legumes, oats, dried fruit and nuts in a bulk section in 50 lb tubs instead of 1 gallon containers. Bushels of leafy greens would now be lining those middle aisles instead of the processed crap that makes up 70% of our selection now. The cookies and snacks made from hydrogenated oil, refined sugar and MSG wouldn’t be missed but just made more naturally without harmful toxins. Locally sourcing products and produce will support farmers and small businesses enriching our communities.

These big bully advertising and marketing companies would not have a target and would ultimately either fold or adjust to the demand of the health conscious consumers. No longer could they manipulate society, primarily children through television ads during the cartoons they watch, into eating and eventually needing processed foods that will ultimately kill them. No longer could they slip unlabeled genetically modified frankenfoods into our supermarkets.

Now, the only action we have actually made is the conscious decision to eat the foods that will benefit us the most. This should be our natural human instinct. We did not have to submit to communism or give up our first born, not even do anything but keep an open mind to the foods that can essentially save our lives, our kids lives and our planet.

In my point of view, making this decision simply means, “I have decided I want to live a full life and not just be another statistic that dies from diet related disease.” If that is not the shift in our thinking we need in 2012, I don’t know what is. 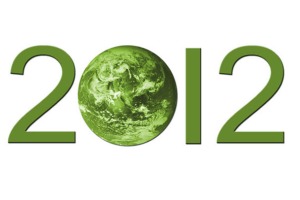