Who doesn’t like that first cup of coffee in the morning? Even the act of stopping to get it before work everyday is just part of the routine for many. The smell, the conversations that take place around coffee, it is more than a drink but a pleasurable icon in socializing enjoyed worldwide.

Discovered in Ethiopa by a goat herder around 850 AD, coffee, aka the “American lubricant,” is the second most valuable commodity in the world next to oil and also one of the fastest acting drugs known to man absorbing into every cell in the body and brain within minutes. Since as far back as a 14 year old freshmen in high school I have been dependent on this liquid stimulant to function daily. 50% of Americans drink 3-4 cups a day (330 million total cups a day) and then you add in caffeinated tea and soft drinks and its 80% of the adult nation also depends on this caffeine fix everyday. 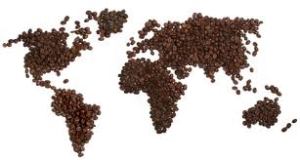 God willing, to this day I have overcome many devitalizing vices in my life. From cigarettes in 2009 after 14 years, alcohol and its accompaniments a couple years before that and of course indulged in healthy eating habits to replace the drug-like toxins found in the crap food I was eating for so long. Although there are studies showing coffee to have higher antioxidant properties than any other food or drink, the idea of needing it was starting to weigh on me as a crutch.

So for the past 28 days until today I have refrained from the fuel I drank straight up and all caffeine for the first time in my life. I was fortunate enough to have a friend on the same path at this time to lend me his vegan approach to combating what was to soon come mentally and physically. Some plant trace minerals, DHA, B complex and some purified water to help curb the initial withdrawals and attempt to keep my caffeine-dependent sluggish mind alert. I knew the feeling of letting go of other habitually damaging yet accepted foods like refined sugar and white flour. Luckily the symptoms were brief in my gradual shift of eliminating those things. But, letting go of caffeine was the unthinkable for me for a long time. I needed direction and am always open to organic solutions.

I did not ever plan on giving up coffee completely. I was looking to get some clarity on how “addicted” I was to caffeine and without it assess ten general physical skills, adopted from Crossfit; cardiovascular/respiratory endurance, stamina, strength, flexibility, power, coordination, agility, balance, and accuracy. All of these skills could be questionable without a stimulant at some point during the day right? Would I fall on my face while running or crumble and break my back trying to do power snatches without that false sense of energy I was used to from caffeine?

What is my conclusion at the end of 28 days?(FYI: I did get laid of from my job of 3 ½ years on the 8th day of no caffeine so my sleep schedule and effect of not working 50 hours a week may have contributed to my results.)

First of all, one of the things I started saying around day 5 was how delusional I was all this time about how I “needed” coffee to wake up, go to work, go to the gym, have the energy to step up my conditioning and exercise routine to train for Tough Mudder, etc. I continued to eat the superfoods I had regularly been eating like bee pollen, chia seeds, spirulina, raw plant proteins, raw chocolate, goji berries, nuts and seeds to maintain that energy I thought I might be lacking.

The free time I suddenly had off of my feet 5 days a week when losing my job, left way too much time for my heart rate to slow and to feel unmotivated during the day. I was now letting myself get 7-9 hours of sleep a night, which was more like 5-6 in the past, in hopes of enough sleep replacing the morning jump start. This wasn’t always in my favor. Whether I went to the gym or not, my mind would not fully wake up until later in the day. Unless I was doing something physical, my heedless mind would drift and I would find myself taking a nap instead of giving in to the temptation. Out of frustration I would lay down in hopes of it just passing only to wake up an hour later but feeling better. For me, without the coffee, a good 8-9 hours sleep is a must at this point in the game.

I not only maintained my 4-5 day a week Crossfit regimen and running 15+ total miles a week but I actually increased it just to prove a point to myself; nine days straight of Crossfit at one point including yoga, Crossfit/5Krun/Crossfit within 24 hour period on a couple separate occasions. Not even in the beginning of no caffeine did I feel any less energized than before to do my workouts. My strict eating habits of mostly whole grains, eggs, fruits and vegetables with little animal protein stayed the same this whole time as well. I am sure I did not get any worse, nor did I improve in any of the physical skill areas I mentioned based only on the elimination of caffeine.

From here on out, I now know I don’t need caffeine as I thought and will never drink it on a daily basis again. No longer do I have to feel lost in my own brain without ingesting a certain liquid everyday. Like today, when I used it to get my day started after having a restless (but enjoyable) night, it will be playing second string to my Good Morning America smoothie.